Degol:Parts of a Door Handle (1) 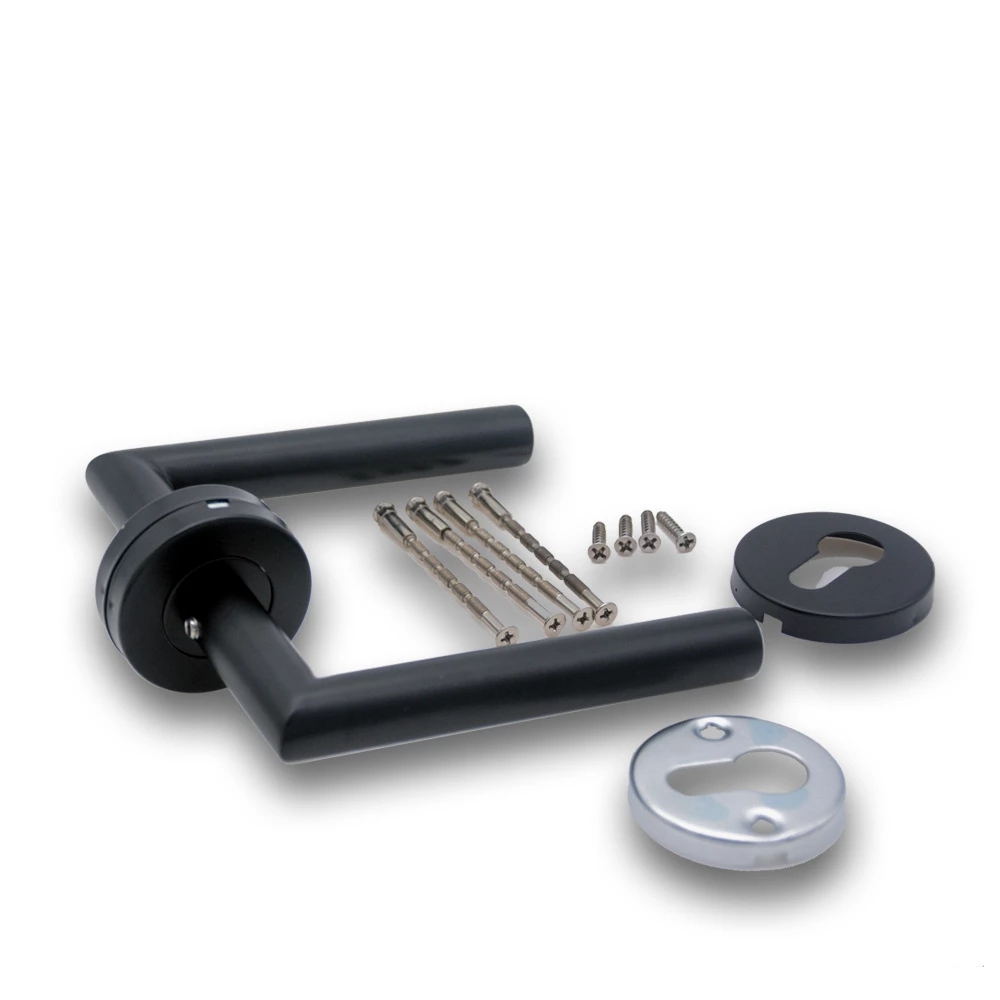 The most obviously noticeable part of the door handle is the knob or level that actually allows for the door to open. Knobs are generally round, although they may come in other shapes, and they open the door by turning, whereas levers (also called lever handles) open the door by pushing down. While it's pretty hard to install a door knob in the wrong direction, it's important to pay attention to the direction of a lever when installing one.

The latch itself is generally fitted to the door with a mortise plate, which provides additional security and makes installation more easy so the latch is properly situated in the door in order to catch on the door frame when the door is closed. Additionally, the mortise plate makes the latch mechanism look much more attractive than simply having a floating latch stick out the side of the door.