You are here: Home » News » Industry News » What are the classifications of bolt? What are the installation methods?

Latch pins are widely used in family life. The latch has been around since ancient times. However, most ancient latches were made of wood. Most of the latches are now metal or stainless steel. Next, let's learn about the latch!

When installing the movable latch, first punch out the latch hole with a die, remove the screw, put the side of the latch into the hole, then adjust the latch rod to a proper position and screw on the screw. 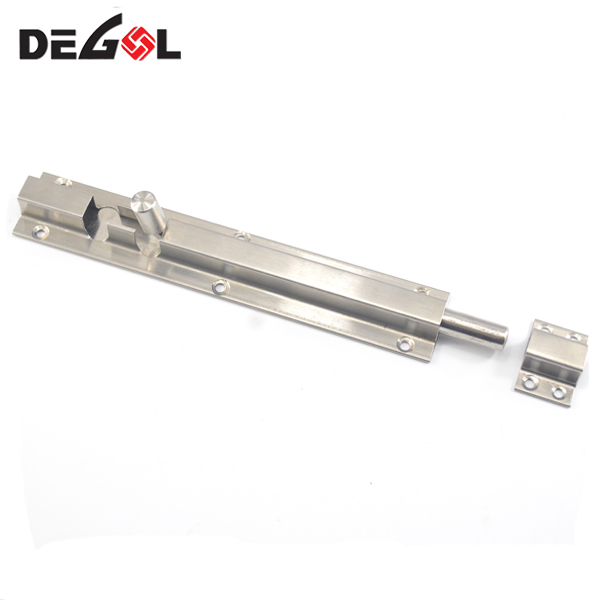 When installing the push-pull bolt, you need to remove the fixed panel of the outer door of the bolt first, and then press the push-pull bolt to operate. But it should be reminded that the panel needs to be fixed with screws in the end, and this step cannot be ignored.

The latch is a tool installed behind the door. It is a simple component that can prevent the door from opening, so the main function of the latch is security and theft, which can prevent thieves and criminals from entering the room, and can protect the safety of family life and property.

Contact us about good quality and cheap furniture hardware and door hardware.